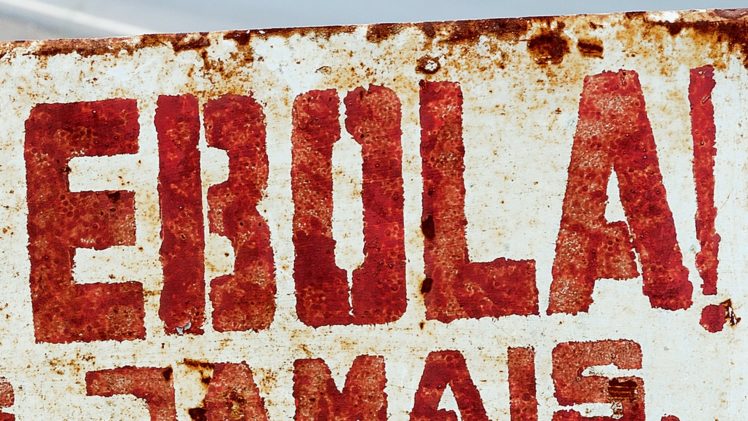 I looked, and behold, an ashen (pale) horse; and he who sat on it had the name Death; and Hades (the grave) was following with him. Authority was given to them over one-fourth of the earth, to kill with sword and with famine AND WITH PESTILENCE (virulent, powerful diseases) and by the wild beasts of the earth. – (Revelation 6:8)

This is a simple prophecy, short and deadly in its application. The Lord said these words to me just now and my heart tripped:

“Son of man, declare to the nations, THE PALE HORSE IS RIDING, and the earth will bend (bow down in sorrows) beneath his weight.”

There will be a new outbreak against the cities. A new evil is coming.

AGUE. FEVER. PLAGUE. This will happen in a short time from now.

The Ebola virus will burst its banks and come “out of Africa” to the modern world. This deadly virus will resurface. It will escape its ‘habitual centres’ and cross over to the modern cities of the world. It will escape the confines they have built for it and unlikely suspects will bring it out of Africa. A man with absolutely no symptoms will bring it out. Ebola will ride on airplanes, it will enter the office with them, it will cross over to cities and centres of beautiful buildings and modern art sculptures, and London will be in terror once more. (NB: This is not a reference to physical London per se, but ‘London’ as the site of the worst medieval terror known to man, The Black Death [bubonic plague]). They will suffer from it, and then they will work with greater desperation to contain what they themselves have wrought. That is all.

Note: The pale horse is one of the four horses of the end times, described in Revelation 6. He is the rider most associated with sickness, plagues, epidemics and death that comes from infirmity. This rider represents the spread of powerful deadly diseases in the end times; he and the spirit of death will be given authority to kill 1/4 of mankind in the end.

Ague: Of malaria or some other illness manifesting successive bouts of fever and shivering fits; a fit of fever or shivering or shaking chills, accompanied by malaise (tiredness, fainting type of illness), pains in the bones and joints, etc.

Plague: An epidemic disease causing a high rate of mortality : PESTILENCE; a fast spreading disease whose cure may not be known, and whose rate of transfer causes more deaths than can be cured.

Plague: Any virulent, contagious, feverish manifesting disease that is caused by a bacterium and that occurs in bubonic, pneumonic, and blood-poisoning forms– called also ‘Black Death’

Repent and be baptised in the name of the Lord Jesus Christ, there is protection and eternal life in the BLOOD of Jesus that overcomes all pestilence for judgement of sin. Amen.

A PRAYER OF SALVATION:

Heavenly Father God, I come to you in the bent and broken posture of true repentance. I have realised that I am not able to live a perfect life for you, and I am sorry for that. I am not able to serve you as you require, not on my own, and I ask your help today to be forgiven of my sins and given a new lifeline in the Person of your Son Jesus Christ. I have heard the words of your mouth, and I believe that there is no other worthy to be called GOD except you. Lord accept my repentance today. Have mercy on me, and favour me, and accept me into your family. Wash my sins away with the Blood of Jesus. Cleanse me God, and baptise me with the fire of the Holy Spirit to remove the vestiges of my sinful past. I want to belong to you, to walk with you, to know you as you already know me. I turn away from my old life, and I renounce everything I used to do that was evil in your eyes. I choose Jesus Christ today as my Lord and Saviour. Thank you God for hearing my prayer, I mean it from my heart and confess it with my mouth right now- Jesus Christ IS LORD. In Jesus name, amen.

If you have prayed this prayer leave a comment below, or send me an email at mastersvoice@mail.com and I will celebrate with you that you have given your life to Christ! God is NOT wicked, no matter how these prophecies may look to some. Judgement should inspire repentance. God is a just and loving Father who has to punish sin, but He is VERY OPEN and VERY FAITHFUL to all who confess that they need Him above needing themselves. With Jesus’ love, continue to watch and pray. Your sister in Christ, Celestial.