“And the beast which I saw was like unto a leopard, and his feet were as the feet of a bear, and his mouth as the mouth of a lion: and the dragon gave him his power, and his seat, and great authority.” – (Revelation 13:2)

What concerns me about the future is not the part I’ve seen before but the part I’ve never seen before. God covers multiple topics here but it’s the supernatural things we have to grasp- when we understand the supernatural we make better choices in real life. We choose better because we know every decision has an eternal weight to it. The whole of humanity needs to really pay attention and choose WELL right now, tomorrow and even more so as we see the day approaching.

I am hoping to completely finish the vaccine related prophecies and revelations of the Lord and get back to completing the series I was doing before. The issue is the words keep coming true right after I put them up and some things are not yet posted, but I have new words to put up and make videos for and that makes me fall behind. I hope you will share these things with your family members and friends no matter what they say or think of you- very often I think of the day that “I told you so” will intersect with what we see revealed without shame in front of all of us- all who believe in God, all who don’t believe in God- there is coming a time where every word of the holy Scripture of God will unfold in HD quality before the whole world.

In those days many hearts will mourn because they did not listen when the people who cared for them the most tried to save them with truth. Truth is always reviled and hated right up to the day it proves true, then people lament and wail but in many of the end times scenarios I reveal here, it will not make any difference. Wailing cannot save a hardened heart. The hard hearts will pay a hard price; that’s because truth that is accepted too late is still true, it just isn’t true enough to reverse what’s already happening. Hard hearts will pay the price. Amen. The dream is below.

[1] I dreamt [once again] that vaccines were forcibly given around the world. Whether in America or anywhere else, I saw the different scenes of continents and countries, a confused mix of flags slipping past quickly like in a movie, and I watched as coronavirus vaccine mandate became the law.

Wherever they went into effect life became very restrictive- first you couldn’t do this and that because of the mandates, you couldn’t have this or that or go here or there because of the obvious segregation they caused. Then life became horrible (people really felt the terrible vise of the law clamping down on their lives and limiting them to the bare minimum), and then suddenly life was downright dangerous for all who refused to take them.

However they were the law so people who were in defiance of the law were found and injected against their will. The Lord showed me a terrible struggle happening on earth, it was the same as every dream before, a horrible struggling but it was expressed mostly as a feeling. It came across as things that are very hard to decipher and explain. The struggle was depicted as rolling and tumbling, human bodies, human cries, tussling. As pain, strain, as mighty striving to uproot a tree or against a boulder you cannot lift, but striving and struggling in vain. A great struggle of many souls against a force so big and terrible that rose against mankind yet we could not overturn or prevail against it.

When a person is in the gym training there’s a huge amount of energy expended, striving on the bike or rowing machine people sweat with effort as muscles do their work. They strain and grit their teeth against the burn, when they’re near the end of a session they do the exercises with pain, those last reps take all they have. Every true fitness person knows this expression of pain, pressure, and determination that cannot be mistaken for anything less than total commitment to their cause.

The struggle against vaccines looked like that, metaphorically speaking. Like people striving against weights they could not break, remove, or escape. I didn’t see the police forcibly injecting people this time. All I felt was a terrible PUSH on earth, a wave of fighting that eventually subsided and died down as people were caught even in hiding and given the vaccine. It was a dark period for the world and my heart clutched to see this taking place.

[2] Next I saw the world as a house. I hope this will be clear. I saw the world as an open two-storey dollhouse; dollhouses are open in front so the child can play with it, that’s how it was. The upper level was smaller than the lower one but both levels held uncountable numbers of people. I saw students studying for exams, people having dinner, breakfast and lunch, lecturers teaching, workers in meetings, people asleep and basically every phase of life going on at both levels of the house.

Suddenly a thick black line appeared around the house, it looked like a huge marker drew a thick ‘border’ around this house but no-one saw it. The line was thick, vibrating and made me tense. Before I could do anything, the head of a man and two disembodied puppet hands appeared. He held a large flat magnet, as big as a plane when compared to the house, a very powerful magnet that he rubbed at random places of the house.

He rubbed it on the roof and the lower floor people rose and smashed against the roof of their half of the house. He rubbed it down the right side and they flew to the right side and then tumbled down from the roof and hit themselves on the floor. He rubbed it in a quick arc over the whole house and I saw people fly left first, tumble across the roof of the lower floor, then drop down on the right. All on the lower floor, every single one of them were magnetized to that magnet; as they flew around I saw the puppet-master grinning and playing with his magnet even more, enjoying the effect it had on people.

But on the upper floor nothing happened. The people there didn’t feel any magnetism, they carried on with life unaffected by that powerful magnetic signal applied against the world. They weren’t hurt and simply didn’t perceive or respond to the magnet at all.

When I woke up the Lord said: The vaccines are of the beast. They are the preliminary step of the ultimate mark, they cause those who have received them to bind to the beast which will make them much more willing to accept the actual mark when it comes. The final mark will be physically administered in the hand or forehead; whoever accepts that mark will be eternally cut off from my presence forever and damned to the lake of fire. There are those who will respond to the call of the Beast and those who will not, those who by reason of corruption in the mind, body and spirit will respond to the Beast’s signal and those who by reason of my spirit will keep themselves free of corruption and not heed to his signal at all. The vaccine makes a person bind to the spirit of the beast, such that when the time of the mark arises, they will be very willing and accepting of it. But to some who shall handle dangerous serpents, nothing shall by any means hurt them. There will be a remnant, there will be my people. There is life after this.

The head was like the head of a female lion and at the same time it was the head a scaly red dragon with a heavy, fancy peacock plumage of red, gold and green- the head seemed like a lioness’s head and the head of a dragon with a huge feathered, colorful headdress at the same time. The body was like a lioness sitting upright, grooming herself but also the same body was a dragon with red scales sitting upright on its tail. I could not fully make sense of this image but that is what I saw. 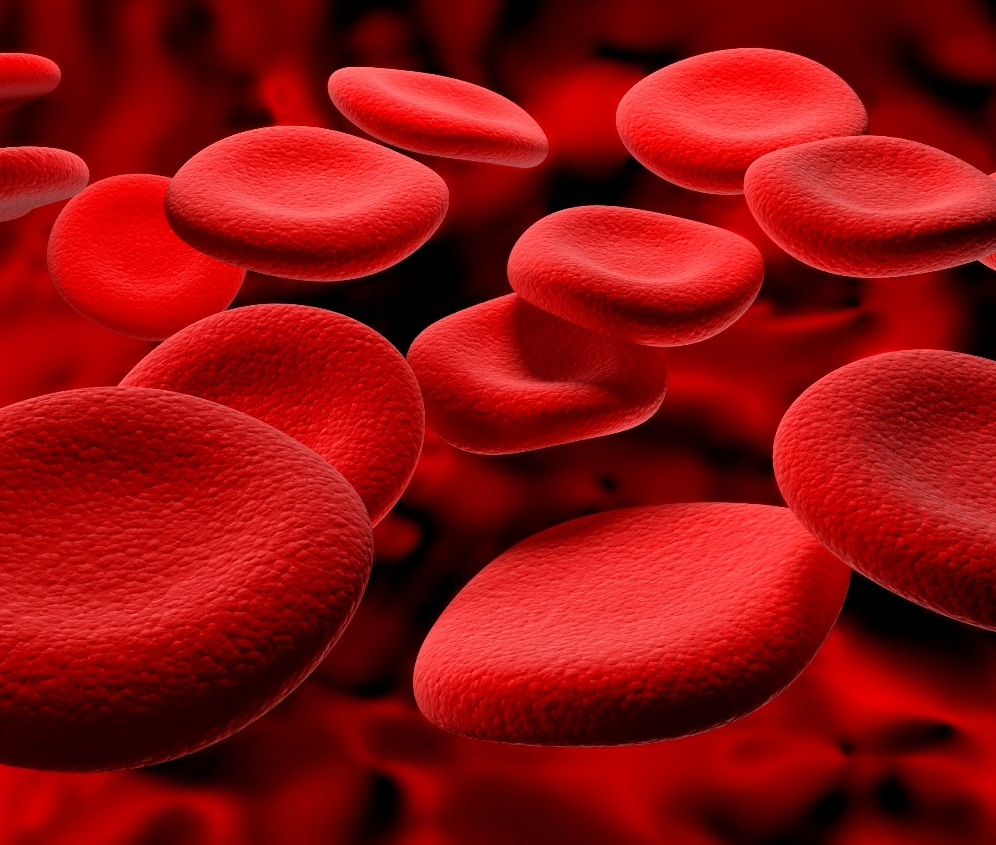 People came into the beast’s body and embraced its cells, one human to a cell, curved and holding on to that cell- brain cell, blood cell, whatever type they landed on- with an expression like they’ve found home. They hugged the cell and became bonded to it and one with the mind, body and soul of the beast. That’s what I saw.

The beast was a lion, the beast had the skin of a leopard.

The beast was a serpent with a HUGE HEAD looking out from a high mountain over the whole world, and the beast was a red dragon with peacock feathers in a crown on its head. People bonded to it at a cellular level and became one with it such that its life, thinking, desires, motives and worldview entered them; people served and loved this beast but there remained a remnant that was pure and true to the Lord who did not adhere to, cling to, love or follow the Beast.

This is what God has shown me, these things must be spiritually DISCERNED. I will add the scriptures of the beast that Daniel saw later- The KINGDOM OF IRON AND CLAY- but for now, these things simply must be said. Remember if nothing else: “There is life after this”. God bless all TMV readers and shalom.

Personal Note: Listen and read CAREFULLY PLEASE. It is not written anywhere on this page that vaccines are the mark of the beast. It is distressing to me how many will read what I say and then ask me what I didn’t say. It’s a distressing trend I see among subscribers and it tells me there is a spoiler locking people’s ears and minds into a place where they can’t really hear what God is saying.

The Lord said these vaccines are ‘of the beast’ and indeed they are. There are endless hybrid experiments going on around the world right now with DNA, none of them more nefarious (EVIL) than what’s going on here in America. I’ve shared that I’ve seen them making wolf-men in underground labs, that’s also ‘of the Beast’. All this is to catapult us back to what Jesus warned about, ‘the days of Noah’. We’ll go back to living with multiple twisted hybrids, sick, demonic and even undead “reanimé” life walking around on this earth and all that is ‘of the beast’. Listen and read only what I’ve precisely revealed from the Lord as He showed it to me, not what I didn’t say. Whatever I learn I will say, it is extremely possible my own understanding of these things is growing even as I am carrying out my call in the Lord Jesus Christ. Bless you all, Amen.