Those who make an image, all of them are useless, and their precious things shall not profit; they are their own witnesses; they neither see nor know, that they may be ashamed. Who would form a god or hold an image that profits him nothing? – (Isaiah 44:9-10)

What is the first scripture saying? Woe to those who make an image, who create a false replica of a real thing (*that’s what an image is.) When you look in the mirror you see an image of yourself- that’s not you. The real you is outside the mirror, looking at a reflected image that is not real. Your reflection has no life, it cannot escape the mirror and walk away. It is trapped in there and can only copy whatever you do.

God says WOE TO THOSE WHO CREATE WHAT IS NOT REAL, WHAT IS A REPLICA, A COPY, AND WORSHIP IT. They are blind, dumb and deaf like the thing they have created, “they do not see, they do not know, they have become their own idiot witnesses to their false creation.”

The second scripture is pointing to the end times, when all mankind will be forced to either worship the image of the Beast or be put to death for refusing to submit to the Beast system. What dark and terrible times those will be, a demonic image empowered to speak as if it were real, while the real reflection of God (i.e. humanity) bows down to worship a FAKE. May no wise person who studies this blog and gives their life to Jesus, end up falling away to stay here and end up a slave to a talking image from Satan.

The Lord gave me Isaiah 44:9-10 on October 12, 2019, and after I read it He said “Tough times are coming to the United States of America. Barack Obama will return to power and the nation will languish and go into a seriously regressive state during his regime”. (I’ve posted this revelation as I received it, so this post may read like I’m talking to myself but that’s because at the time I was writing down what I heard for my own private notes.)

Tough times are coming to America because Barack Obama is indeed going to return to power. When he does the nation will suffer for it. Oh my Father, if only it weren’t so! But  it is so, God has said multiple times who he is and that his return to power marks a very dark time for America and the world as a whole. I cannot ignore what the Lord is telling me.

It has been asked before if he is the Antichrist. I have never heard that from the Lord. What He has consistently said is that Obama is the beast, and the poster boy of the beast system. He is the one that will crush the kingdoms to powder so the Antichrist can come. God presented him as some kind of evil forerunner, an anti-John the Baptist person making way for wickedness instead of good. Also the Lord said there will be insurrection in America, “a coup”, but that seems strange. “How can America who never even sees her own army domestically, have a coup?” But maybe I only think that way because most people expect a coup to be a visible insurrection of power involving guns, bombs, armies and visible takeovers. Then I got it: this will be a coup of the SYSTEMS OF AMERICA.

All America’s financial, social, business, political, religious and other systems will be hijacked from the inside like a virus spreading, and a new global system based on worship of the beast and Antichrist will take its place. Hearing this made me fatigued, I won’t lie. Because as the Lord spoke I understood how this system will spread like a cancer across the whole United States, taking over every section of daily life until nobody can do anything that isn’t directly related to or monitored by the beast (Obama) and “The Beast” (the actual networked, highly capable and constantly monitoring computerised global system.)

It will be like squinting down the barrel of a gun that has maybe twenty sights instead of just one. Everything and everyone will be looked at, checked, referenced, cross-referenced, triple checked, backdated, reviewed, monitored, tagged, tracked and logged, and all of this will be done by hyper intelligent, hyper-connected artificial intelligence. Humanity’s own role in the process will diminish as more and more tasks are handed over to highly intelligent and “alive” computers- not the kind of computers we use now, but the kind that think, answer, plan and correlate information for best outcomes across all sectors. “Living intelligence” will be the trademark of the Beast system, living computers that speak, think, and act like man.

Get ready for computers to start talking about humanity at warp speed, knowing everything about us, EVERY LAST THING, even the thing you thought you were keeping in your head as “private”. These are computers with hyped up drive speeds, in seconds they assess something, make a ruling on it and pass that data on to those controlling the system. 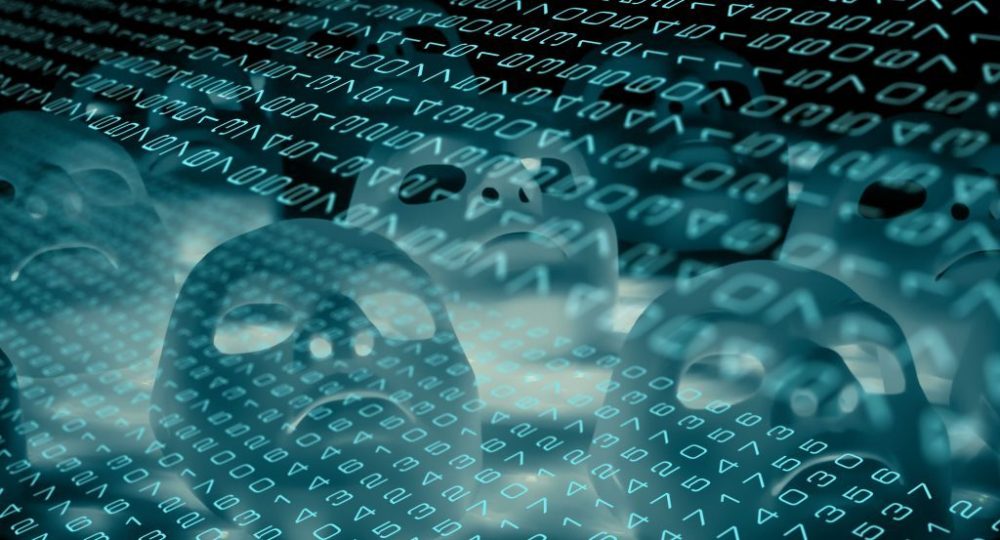 THIS IS LIFE UNDER THE BEAST:

In unseen control towers and cooled underground lockers a system of constant monitoring, spying, evaluating and updating through computer networks and audio-visual communications will assess every living soul and build profiles on them that then determine their place in the new society and, (as we get closer to the end), their usefulness as human beings. YES I SAID IT- computers will be in charge of deciding whether any one person or group of persons should be allowed to continue to function within the society. That is a very nice way of saying “whether they should be allowed to live or not”. This information will be determined on a wide range of factors but in the end whatever outcome the computer says is “optimal” will decide what happens to those people.

Those in control (who for the time being) run and monitor this system will TRUST IMPLICITLY WHAT THE COMPUTER SAYS ABOUT YOU. If it says you are this or that they will believe it and treat you accordingly. It won’t matter what you really are, what you really think or even what past data has to say about you- when the computer has run your metrics and says “You are this”, this is what you ARE from that moment on. You will be treated as such whether you like it or not. That information will precede you everywhere– no matter where you go as soon as your name is entered into the system that profile will appear and the person behind the desk will treat you accordingly.

In other words human to human contact and interaction is going to DRASTICALLY CHANGE in the Beast universe, because you will not be able to reason with anyone who has seen your profile or heard about you. You become what the system says you are. Public (and even private) personnel will be highly trained not to listen, engage or negotiate with you if your profile is negative, or you’re profiled as a “Warning!!!”☢️⚠️☢️ type of person like a Christian or a gun owner. And if you keep insisting, trying to explain yourself or trying to gain some human compassion or understanding- you will get in trouble. The person you’re talking to will shut down, call security as part of the safety protocol, or the higher ups will be called to deal with you.

Smart phone, smart watch, smart fridge, smart washing machine, smart robot floor sweeper, smart printer, smart automated delivery, smart auto-response systems, smart everything has converged at last into a deceitful, demonic web called ‘the smart life’, except there is nothing smart about it. It is all created to control humanity down to the last micrometer. All of it is operated by touch, sensors, or private biometric data like fingerprints or face imaging. If anyone still doesn’t understand this and thinks I hate technology or am acting like a dinosaur, let me just make it plain- THIS SYSTEM IS A FAKE REPLICA OF THE ALL-KNOWINGNESS OF THE LORD GOD, THE LORD JESUS CHRIST AND THE HOLY SPIRIT.

God is omniscient and omnipresent: everywhere at once, knowing everything at once. Satan isn’t like God. God does not need computers or data sets to know what’s going on in this world, but satan does because he is not omniscient, nor is he all powerful. This is why the world has become increasingly computer-controlled and information hungry. Satan is setting up his kingdom. In order for the Antichrist to even remotely convince anyone he’s all-knowing and all-powerful he will need to be able to tell you what you ate for breakfast, what you wore to work, who you talked to, what you said, where you went etc. In that regard a living network of adaptive, “alive”, mobile, monitoring devices operating globally is perfect because it delivers all that information in real time into the hands of one individual, who can then rule you and terrify you by giving the impression he’s already in your mind like God and he’s 300 steps ahead of the game WHEN HE’S NOT.

THE ANTICHRIST SYSTEM IS A ‘FALSE GOD’ SYSTEM BASED ON THE POWER OF INFORMATION.

The beast system is not “rising” anymore. According to what the Lord shared with me, it is complete and is now seeking its moment to come out and dwell first WITH, then rule OVER mankind. This is the revelation of the Lord Jesus Christ. Let the reader be very aware.

*This post is related to the previous one about not being visible on the new computer network at my hospital, even though I had paperwork saying that I’m registered. Note that I didn’t write this because of some TV series, movie, discussion or whatever. This was given to me by the Holy Spirit, detailing the kind of world being created around us, the net, the “web” God’s people will soon find themselves trapped in. Pay attention to how  true all this is, how accurate it is to our current times, and how perfectly it matches the things we are shown in futuristic movies about creepy ‘conformist societies’ of life in the 21st century. I wrote this down 5 months before my hospital experience, yet I was still so shocked when it happened. God wants His people to wake up and prepare.

Thanks for visiting The Master’s Voice. Subscribe by clicking the Follow+ button at the lower right, or sign up for your own WordPress account [it only takes a minute to do it]. Like, Share and Comment on posts; your feedback is always welcome. I try to respond to comments when I can. These are the signs of our times, and we need to pay close attention.