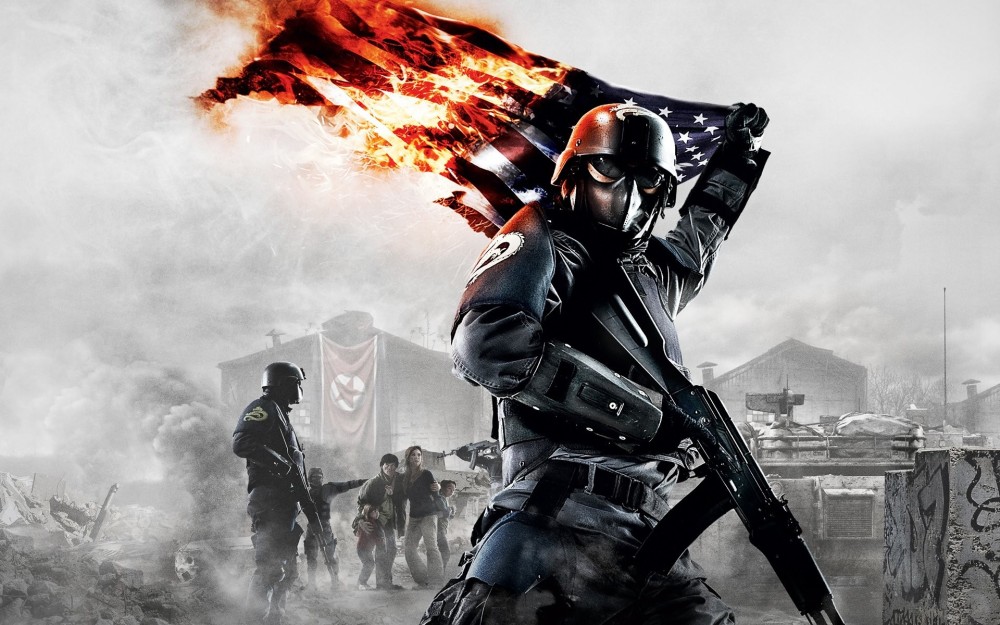 THE PLUNDERERS HAVE COME,
On all the desolate heights in the wilderness,
For the sword of the Lord shall devour
From one end of the land to the other end of the land;
No flesh shall have peace.
They have sown wheat but reaped thorns;
They have put themselves to pain but do not profit.
But be ashamed of your harvest
Because of the fierce anger of the Lord. – (Jeremiah 12:13- 14)

This continues prophecies received on October 20, 2019 based on a study of Jeremiah 15.

Note: I’d like to mention something- prophecy and the understanding of God’s prophetic word is not an exact science. While some may see this as a convenient loophole for a prophetic blog owner to point out, thinking it means I’ve created a caveat of sorts for the content I post here, it means nothing like that. I’m simply stating the obvious- it is indeed impossible to know the timing for God to do anything. At best you can know the season, those general signals which when present will alert us to where we are in the prophetic timeline of the Lord Jesus Christ. But exact times of fulfilment are for the Lord alone, unless He gives the prophet specifics. On top of that we find ourselves in a curious age, where people are willing to wait a year for the newest iPhone whatever to be released, but can’t wait five minutes for God to express Himself through prophecy. Indeed there’s so much restlessness in the church, strange beliefs riding the waves of Christianity that it really amazes me.

In the Body of Christ today people think that when prophecy is pronounced it has to have come true by next weekend, otherwise the speaker is a false prophet. While this doesn’t bother me I do find it strange, because nowhere in the Bible did people ever think this way. In fact the exact opposite is true- Bible people often paid no attention to prophets and prophecy, precisely because they knew the nature of God! They knew God as One who talks and warns and admonishes and corrects and says “I’m telling you for the last time, stop it.” He bears very long with us before He does anything corrective, always extending one more chance to repent. It is because of God’s loving and merciful nature that people of the Bible were very slow to change. They were hard-hearted, stubborn and very relaxed when it came to prophecy. Nobody checked on Jeremiah or Ezekiel to see if the ‘Babylon captivity prophecy’ was coming along well, because nobody cared. They kept living their lives and hated the prophets not for being false, but for being very TRUE, irritating, constant voices that kept pronouncing judgement and devastation that never seemed to happen.

Prophecy was irritating to them because they couldn’t imagine things that were predicted ever happening in their lifetime- many kings would hear devastating prophecy and say “Amen, thank God.” and they meant it. They knew they’d be dead before anything happened, that’s how long God usually takes to judge people! But nowadays, fascination with the occult, the supernatural and otherworldly phenomena is so pervasive among saved and unsaved people alike, that nobody has the time for long-range prophecy. The microwave generation “has to have it NOW”, even when “it” means nuclear weapons raining down on a nation from her enemies.

There are people right now in the American church- demanding that if someone’s gonna bomb us they need to do it now, so we can all fly away to glory in the Rapture and leave the rest of the sinners here to perish. I have to say, this is a very small hearted way to behave. If you don’t have compassion for other races, nations, religions and ethnicities around the world, if you’re not concerned for their safety and the future of their kids, or whether they have anyone preaching the gospel to them in these last days, I’d say your focus is very ‘off’. You may need to do some serious soul seeking (with fasting) so God can reset your desires and fix your spiritual compass. Ask Him to give you His heart to love others, and the mind of Christ to understand who He is and how He feels about ALL PEOPLE. God is love for ALL people, ALL nations. He is the father of all that exists in heaven and earth. Jesus didn’t die just for you and your family: He died for the entire world, and His desire is that nobody should end up in hell for foolishly serving satan and living in sin. There is no value in the Cross of Christ if men are not saved- Jesus’s blood was shed for us to RECEIVE NEW LIVES AND PREPARE FOR A FUTURE AFTER THIS WORLD. Amen.

A Revolution At the Gates:

This is the revelation, wisdom, knowledge and insight of the Lord Jesus Christ. These themes have been repeatedly shown to me for several months now: August, September, October 2019. Out of the land of the north, from another continent will come an invasion over land, sea and air. A people of fierce countenance and swift feet, paid and hired men will descend on this nation and sweep over it like red ants. American independence will be extinguished in a sudden attack, and the people of this country native born and those who have made their residence here will SCATTER. I have seen them running for the borders they so arrogantly defend now; Americans will flee into bordering lands both legally and illegally to escape the scourge that descends on their country without warning. There are no signs for this attack- it will just happen one day and we’ll wake up to a new America. Those fleeing will make bribes, they will make “offers”, they will make “deals” to get themselves and their families and loved ones across neighbouring borders into Canada, Honduras and Mexico. By and large they will not be successful- the invaders have thought of this and border outposts will be some of the most hotly manned points leading into and out of this country. Foreigners will not be taken against their will, but you will endure trial by fire to prove that you’re not an American before you’ll be allowed to leave.

America you will be led into processing centres where your gifts and talents will be weighed like the ancient days of slavery. You will wear ZIP TIES in multiple colours and be packed together like cattle. You will be picked apart like the interrogation process during the WWII: Can you read, can you write, can you cook, can you look after children, can you lay brick, can you lay concrete. YOU WILL BE SEGREGATED MALE AND FEMALE, according to rank, according to ability, even according to health and strength (*exactly like the days of slavery in this nation). Your children will be set aside as collateral to make you obedient; they will be sold separately at the end of the transaction. You will have to do work you have never done, you will be made to labour in brick and mortar like the ancient Israelites did for Pharaoh. You will have to suffer atrocities and indignities it never crossed your mind in one billion years you could suffer; it will all happen right here on your own territory and your government will assist with it.

You have been captured in a bloodless revolution. Your nation has been undermined from within. Your governmental systems have been taken over by an internal cancer that controls your senators and congressmen- these people are nothing more than slaves in suits dancing to a private tune you can no longer hear. Their interests are not to serve you, but to serve the entity called ‘deep state’. Contrary to all intentions of the founding fathers the state has been separated from its people, and all the internal mechanisms of the government of the United States have been POISONED. The well is rank. The leaders are bought and paid for. There is a shadow government within these borders and the time of making their presence and demands known is already here.

The rise of the iron spider is upon us, and in an instant there will be a pendulum shift from the rights of the free American to a system of mind control, border control, financial control, loss of religious freedom and even individual personal management on a micro-scale that has never been seen before. America if you did not believe Snowden who told you that you are being watched and surveilled, the iron kingdom will watch you with the precision of the George Orwell novel 1984. Your every move and action will be filed, catalogued and used against you, and you will become a prisoner of technology and those who control it. You think you have social freedoms now? You will lose them in this next “administration”, which is an unlawful one not selected by “We the people”. You will become individual statistics in a file, carefully logged and monitored at all times, and your life will be wearisome to you because nothing in it will be according to your own determination or choice. You will be a number.

A bloodless revolution the Lord has told me. Bloodless coup. No shots fired, except at imaginary terrorists and other scare tactics to weaken internal control and shift rulership from the original government to this new, hidden, ruling state. America will be taken from within, undermined from within and destroyed internally before any foreign weapon or army comes against her. Power shifts will occur in bloodless revolution. No shots fired yet every resource, asset and possession of the state will be captured and turned over to the new form of government, then the iron kingdom of the last days as spoken of by Daniel the prophet will rise. This is both the will, and the word of the Lord. Amen.

For a similar prophecy see: In Quick Succession: Deep State.