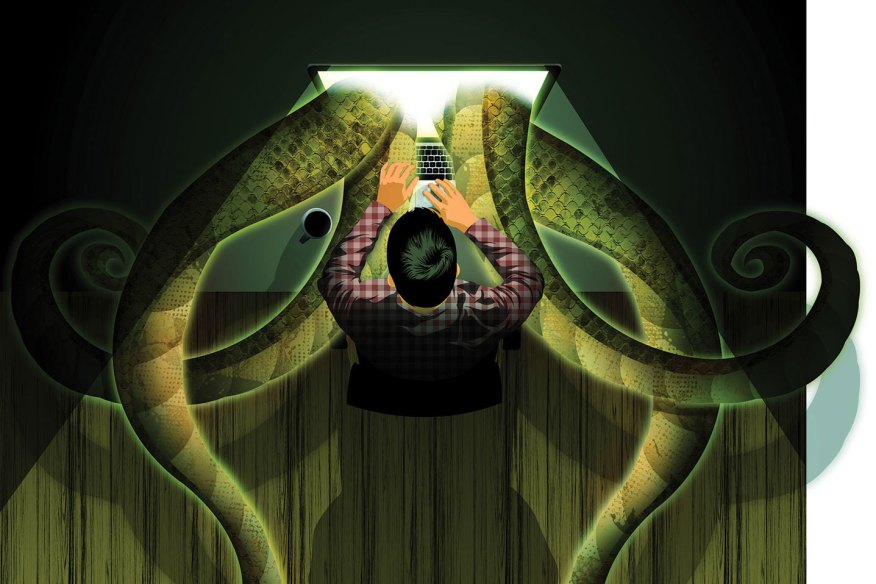 Then a third angel followed them, saying with a loud voice, “If anyone worships the beast and his image, and receives his mark on his forehead or on his hand, he himself shall also drink of the wine of the wrath of God, which is poured out full strength into the cup of His indignation. He shall be tormented with fire and brimstone in the presence of the holy angels and in the presence of the Lamb. And the smoke of their torment ascends forever and ever; and they have no rest day or night, who worship the beast and his image, and whoever receives the mark of his name.” – (Revelation 14:9-11)

The Beast system is at hand.

A warning to humanity, you are leaving the outer limits of everything you once knew. You are entering the age of Artificial Intelligence and excessive regulation of your daily lives. Every single thing will be automated, regulated, tracked, monitored and assessed for compatibility with the Beast. It will be next to impossible to hide movement and privacy will disappear. Monitoring will be everywhere through digital devices so small as to be undetectable. This is technology you’ve never seen before- touch sensitive, “living” tech that will respond in ways intimately tied to your humanity. Your biometric signature will be known and cataloged, your DNA markers will be tracked, you will be identified before you even open your mouth to say what your name is. Things like introductions will become obsolete, you will enter a place and be told “Ah, Mr. Brown of 22401 Mulberry Lane, nice to meet you, sit down please sir and be careful not to bump your left leg that is paralyzed.”

This is the wave of the future.

Your lives will be controlled by big screens and big data, constant propaganda and invasive advertising telling you what to think, buy, like, hate and prefer. The microcosm of your lives will run through a computer constantly, providing a full breakdown of who you are to a panel of experts who assess your achievement levels all the time. You will be in constant competition with one another and life will pale in comparison to what you have now. Life will be monitored, graded and exhausting. Hear the Lord: Prepare yourselves to enter a time unlike any other before it. The knowledge of God will be wiped completely from your memories if you allow it and all knowledge of God will fail. If possible not even the elect could bear this, not even My people could stand to see the one world religion and the Antichrist proclaiming in the temple that He is God.

Yet says God the Father of the Lord Jesus Christ:

“IF YOU WILL SET ME IN YOUR HEART, AS A SEAL UPON IT, AS A MARK, AS A BRAND OF BURNING FIRE TO SERVE ME AT ALL COST, NO MATTER WHAT THE COST, THEN I WILL DELIVER YOU FROM THE FIRE OF THE SECOND DEATH. I WILL MAKE YOU A SIGN TO THE NATIONS AND MY NAME WILL REMAIN ON THIS EARTH. I WILL MAKE MYSELF AN ENEMY TO YOUR ENEMIES, I WILL SURROUND YOU WITH MY PEACE AND GIVE YOU GRACE TO STAND. BUT MAKE YOUR CHOICES NOW, FOR NIGHT HAS COME. IT IS NO LONGER “COMING”, NIGHT HAS ALREADY COME. SOON REGULATIONS WILL BE UNLEASHED THAT MAKE THE CURRENT RESTRICTIONS LOOK LIKE CHILD’S PLAY AND YOU WILL HAVE TO REMEMBER THE CHOICE YOU HAVE MADE, EITHER TO SERVE ME OR SERVE THE ONE WORLD SYSTEM. REMEMBER THE WORD OF GOD: “NO MAN CAN SERVE TWO MASTERS, EITHER HE WILL HATE ONE AND LOVE THE OTHER, OR HE WILL HOLD TO ONE AND DESPISE THE OTHER. YOU CANNOT SERVE ME AND THE BEAST.” – (Matthew 6:24)

This is the word of the Lord.

And whoever does not carry his cross and follow Me cannot be My disciple. But don’t begin until you count the cost. For who would begin construction of a building without first calculating the cost to see if there is enough money to finish it? – (Luke 14:28)

He who has an ear, let him hear what the Spirit says to the churches. He who overcomes will not be hurt by the second death.’ – (Revelation 2:11)

But if you indeed obey His voice and do all that I speak, then I will be an enemy to your enemies and an adversary to your adversaries. – (Exodus 23:22)

I must work the works of Him who sent Me while it is day; the night is coming when no one can work. (John 9:4)

Prophecy: We have LEFT the times we knew, we are in a new system of absolute control where our input will be minimal- if at all- only to respond, work and obey. This is why God linked the prophecy of patriots fighting back with this one, because some people will go down fighting to their last breath before they accept a life of mute servitude. We are in the One World government, the New World Order the Bible warned would come.

As the Lord was speaking of the Beast system I saw a lot of electrical wires running along the ground, they went into walls. I saw into the walls and they were FULL of these wires. They snaked into EVERYTHING, every conceivable thing: the microwave, fridge, cabinets, electronics, lights, you name it. The rooms with these walls were “fully connected”; you could do everything with your voice and the room would respond. Wires even ran through the floors to regulate heating for temperature sensitive homes. Everything was “smart”.

When He said “more oppressive regulations” I saw a boy and a girl nervously laughing. They were dressed as bride and groom, seeking permission from the state to marry. An official sat before them with a face like stone, browsing through a file on both of them. Anytime he looked up at them they laughed nervously and clutched one another’s hands a bit tighter. I could see these young ones were terrified they might be told they cannot marry, that they are “not compatible”. The file held all information on them: birth data, blood line and heritage, bank accounts, potential criminal records, hospital data, fertility records, you name it- it was there. This man had the power to assess two human beings to see if they will be a good match, if they will breed good kids and if their marriage will be an acceptable one in society. He was wearing the exact uniform of the Nazi party SS unit and the young people were terrified in front of him but trying to act normal. I do not know if he was an actual Nazi but I saw what the Lord is saying: the Beast system will be regulated to the extent Nazi Germany was and even beyond. The State will have control over EVERYTHING.

Subscribe to TMV – move your screen up and down until the Follow+ buttons pops up on the lower right. You’ll get updates for new posts. This is a warning blog for the nation of America as well as a teaching resource for anyone who wants to know the lesser known aspects of true Christianity, so there’s always something to read ’til I have time to put new posts up. Like and Share TMV on Facebook and soon- Instagram. Comment below, and support the blog if you feel led (see support link on the site banner above.) Shalom and see you again soon. There are more things to share.